A quarter of the global energy-related greenhouse gas emissions are from transit vehicles. With global carbon emissions on the rise, electric cars are going to be a crucial part of the future. Self-Driving cars are going to be more efficient and spend less time/fuel in traffic. While reading Bill Gate’s new book - ‘How to Avoid a Climate Disaster: The Solutions We Have and the Breakthroughs We Need’, I’ve been researching about the Self-Driving and Electric Vehicle market space and its economics.

Tesla clearly has a first-to-market advantage, but it is not the only savior and by all metrics it is highly overvalued. No one has capitalized more on the EV hype than Tesla. $TSLA has more market cap as the next 9 major car manufacturers combined, the likes of $F, $GM, $TM, etc. 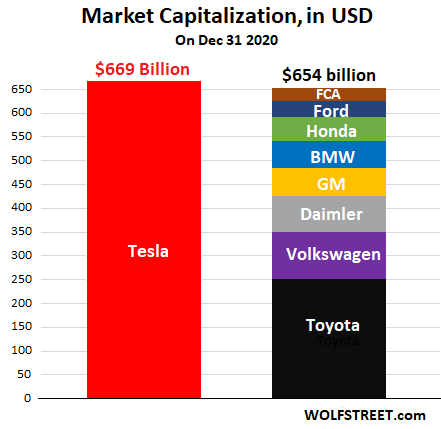 To make the EV’s a de-facto standard, there are several challenges that need to be solved.

To make a practically successful electric vehicle, you need to match the range that gas-powered vehicles provide. Gas-powered vehicles might be less efficient at utilizing the fuel completely but equivalent battery cells required for same range weigh a lot more.

Panasonic is the leading battery cell manufacturer and energy-density is a limitation that all EV car manufacturers face. That’s the reason why major breakthrough EV adoption has been in the short-to-medium range vehicles and why long-haul electric truck manufacturing is harder.

No one wants to wait for an hour every few 100 miles, so you need more charging stations and to charge batteries faster. To ensure that users can drive long range without having to worry about charging, a good quality the charging station infrastructure is needed. Charging stations cost a lot of money to build, making it difficult to cover larger areas. Lack of a standard charging plug is no help. 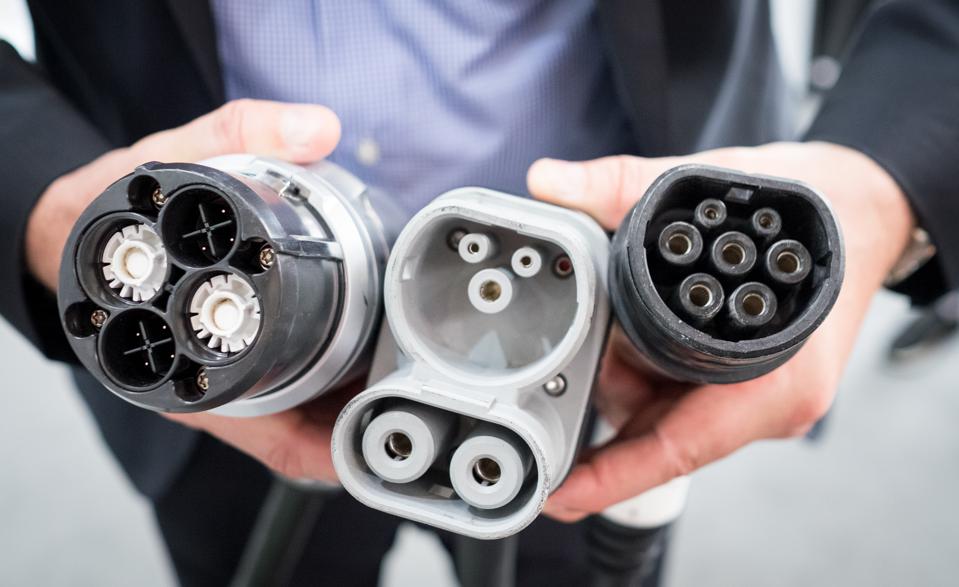 China is going to be a big market for EV manufacturers. Nio has approached the charging problem from a unique angle in China - Battery-as-a-Service subscription model. They are building cars with battery-swapping capability and charging-stations that can swap battery pack in just 5 minutes. Starting in Nov 2018, it has already completed a million swaps by end of 2020.

Driving is a very tedious and pretty lack-luster task, especially on long routes. Given a choice, I’d rather read a book than to drive myself. Still, you need to get from point A to point B somehow. Humans make mistakes, they lose attention, get tired. So much so that human error play a part in 90% of crashes. Machines on the other hand can do this task without getting tired at all.

Attempt at autonomy aren’t new but recent advances in sensors, computing power and machine learning are making is more possible now. Lex Fridman has a very good lectures on deep-learning for self-driving vehicles and deep-learning. Autonomous vehicles are going to be the standard in the future. Self-driving cars are going to change society more than anything else in recent past. Attaining semi-autonomy is withing reach but fully autonomy will require significant advances. With all level-5 self-driving vehicles on road, car crashes will be a thing of the past. Traffic can also be significantly reduced by coordination of fully autonomous vehicles driving on road.

According to Navigant’s research, Ford and GM are among the leaders in the race for autonomous vehicle tech. TSLA has hype on its side, F & GM have experience, scale, higher earnings/profits and likely the tech too. Apple is teaming with Hyundai but it’s still years away from production.

The primary intent of owning a car is to go from point A to point B. With autonomous taxi service, you can reduce the cost of transportation significantly, something which hasn’t changed much since the first Ford rolled out of assembly line. Google’s Waymo has teamed up with Chrysler and it is targeting ride-hailing market, already offering driverless rides in Arizona.

Electric Vehicles need to be the go-to choice for consumers. EV is a hot space with a lot of hype and upcoming competition. There are several other areas that need innovation to make electric cars the de-facto choice. Tesla doesn’t have all the answers to the problems our planet faces. It was a driver for EV growth and helped move the legacy auto-makers. A fully autonomous shared ride-hailing vehicle fleet can reduce the total cost of ownership, dramatically reduce the cost of transportation and reduce traffic/congestions. It is going to be one of many options, we need more innovation and for it to happen sooner!